The image above is just a subset of the comprehensive near real time network information GridQube enables.

As a result of 15 years of multinational research, GridQube provides near real time State Estimation and Dynamic Operating Envelope services to key customers such as Energex, Ergon Energy and numerous other DNSP’s.

The Science, Maths and Physics based Electrical Engineering peered reviewed technology have been designed from the ground up, enabling Distribution Networks to support Customers rapidly changing Renewable Energy Aspirations.

THE primary deployment mode is integrated in a machine-to-machine scenario with other IT systems at the DNSP and operates under the DNSP’s complete control.

Along with this unique technology stack, the GridQube team consists of multiple State Estimation PhD’s, all of which have been involved in the development of State Estimation Engines, Dynamic Operating Envelopes and Taxonomy Studies for national and international power networks.

The solution is made up of 3 parts:

GridQube DSSE is currently in large-scale deployment at two Australian DNSPs and has been successfully tested at two more.

GridQube does not operate under a platform model, but provides customers with the software and support needed to operate their own instances, on private hardware or in cloud environments.

GridQube has designed its software for unsupervised operation, automatically interacting with other third-party IT systems.

One application the GridQube technology stack is commonly used for is the calculation of Dynamic Operating Envelopes (DOE). DOE’s are defined as an allocation strategy in the GridQube CCO layer that maximises additional export (generation) and import (load) the network can accept at any one time without breaching any of the specified technical and operational limits.

An important difference between the GridQube CCO-based DOE calculation and other approaches is its ability calculate DOE’s as an additional allocation on top of uncontrolled essential services, or as a total allocation to the entire premise. In combination with the ability to run in real-time, this enables the option to exclude un-controlled essential services from the DOE calculation and calculate DOE’s to allocate only the ‘spare capacity’ not utilised to service uncontrolled and essential loads and generation.

Furthermore, if operated in real-time, it greatly reduces the need for worst-case scenarios having to be used in DOE calculation due to extensive forecast uncertainties. In real-time there is no absolute need for forecasting beyond the next DOE time interval allowing significantly larger allocations while ensuring the DOE calculations respond to network events as they occur.

This gives DNSP greater flexibility in their approach of how to enable customers to participate in a DOE-based network management scheme and allow for the maximum technically feasible allocations.

GridQube was commercialised as an outcome of the Solar Enablement Initiative (SEI), which was a $A2.9 million project funded by the Australian Renewable Energy to demonstrate the technical feasibility of Distribution System State Estimation (DSSE).

This highly focused research initiative used existing data to progress the development of a pre-existing proof-of-concept implementation and was developed at The University of Queensland, to a Technology Readiness Level that enabled its commercialisatiion.

This was a collaborative project between ARENA, The University of Queensland, Queensland University of Technology and was directly supported by the Australian power industry through cash contributions from the Australian Power Institute (API) and Energy Networks Australia (ENA) and through direct participation and in-kind contributions from Energy Queensland, United Energy and TasNetworks with partners including Aurecon and Springfield City Group. 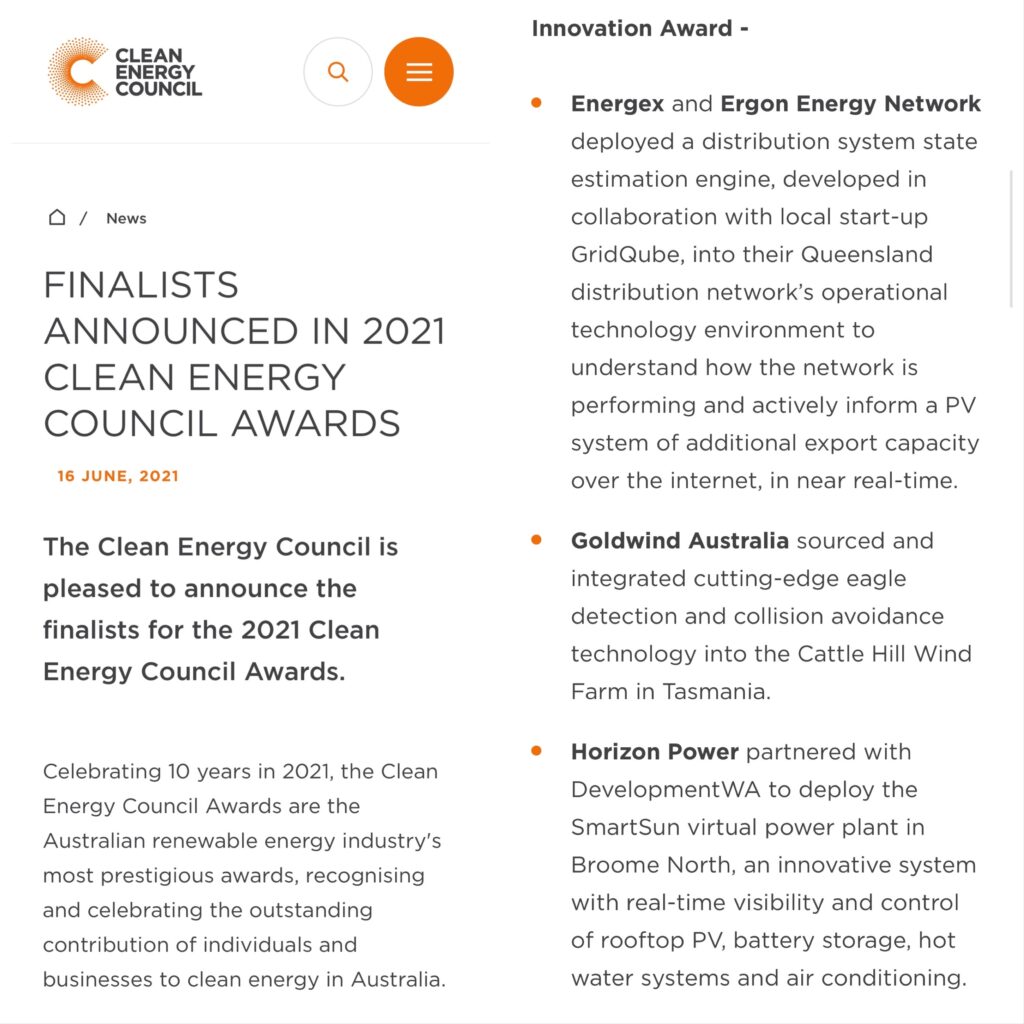